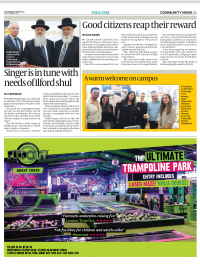 Rabbi David Singer was inducted as minister of Ilford Federation Synagogue in the presence of leaders of the movement. He joined the congregation after Pesach, having previously served the Belfast community. 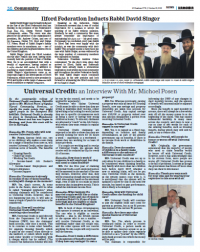 Rabbi David Singer was formally inducted as the Rav of the Ilford Federation shul last Sunday, in the presence of the Federation’s Rosh Beis Din, Dayan Yisroel Yaakov Lichtenstein, shlita. The event was also graced by the presence of the organisation’s president, Mr. Andrew Cohen, and two of its Dayanim, Dayan Y.D. Hool and Dayan Y.Y. Posen. Many of Rabbi Singer’s family members were in attendance, too — two of his children and several grandchildren live in the United Kingdom. 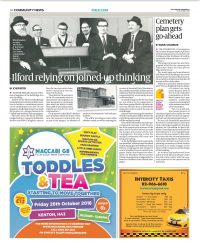 The Federation has received the green light to proceed with developments to its cemetery site in Edgware after Mayor of London reportedly affirmed Barnet Council's decision. 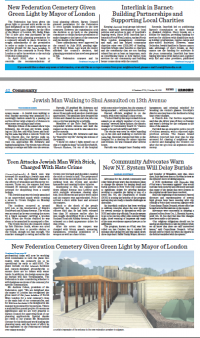 The Federation has been given the green light to proceed with works on the land designated as its third cemetery, on Edgwarebury Lane, Edgware, by the office of the Mayor of London, Mr. Sadiq Khan. 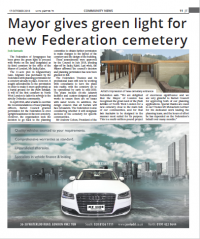 The Federation of Synagogues has been given the green light to proceed with works on the land designated as its third cemetery by the office of the Mayor of London, Mr Sadiq Kahn.
View All