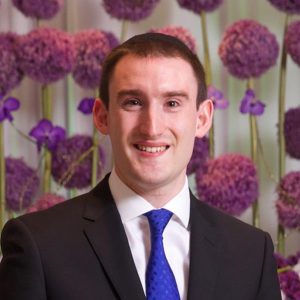 Rabbi Shmuli Sagal is rabbi of the Shomrei Hadath community in West Hampstead. He is also Director of Operations at the Evening Beis, a vibrant learning and social programme for Jewish university students and young professionals in North-West London. Previously, he served as rabbi of Sutton & District Synagogue.

Rabbi Sagal grew up in London and attended Hasmonean High School. Following two years at Yeshivat Kerem B’Yavneh in Israel, he attended Yeshiva University (YU) in New York, where he was a member of the Masmidim Honours Programme. At YU he earned a BA in History, an MA in Jewish History from YU’s Bernard Revel Graduate School, and Semicha from the Rabbi Isaac Elchanan Theological Seminary, an affiliate of YU. He also spent time at YU’s Gruss Kollel in Jerusalem and did some graduate work at the Hebrew University. Rabbi Sagal holds a Graduate Diploma in Law from BPP University in London.

Rabbi Sagal is married to Tali, a graduate of Hasmonean High School and Michlala Seminary, who is in her final year of medical school at Barts and The London School of Medicine and Dentistry. They have a young daughter, Layla.