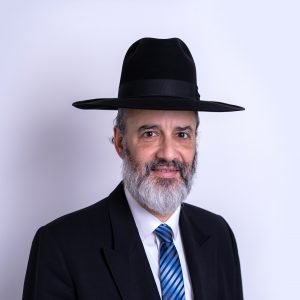 Dayan Hool, who was appointed to the Federation Beis Din in March 2016, is the son of the emeritus Rabbi of Kingsbury United Synagogue, Rabbi Moshe Hool shlita, and is a former student of the Menorah Primary and Hasmonean schools in London. On leaving school he learnt at Gateshead Yeshiva and the Chevron Yeshiva in Yerushalayim, and the Mir. He received his Yadin Yadin semicha for Dayonus from Rav Shlomo Fisher shlita and Rav Zalman Nechemiah Goldberg shlita in 2002, and a further semicha in Dayonus from Rav Naftoli Nussbaum shlita, in 2007. For the past decade Dayan Hool has been part of the Nesivos Chaim Beis Din in Yerushalayim, and has arbitrated hundreds of commercial or financial disputes in that time. He has also sat as a Dayan on the Beis Din of R’Nissim Karelitz shlita in Bnei Brak. He has a postgraduate diploma in International Commercial Arbitration from Queen Mary’s University, and is a Member of the London-based Chartered Institute of Arbitrators.

A prolific writer and author, Dayan Hool has contributed several articles relating to the practical application of Choshen Mishpot for ‘Kuntris’ magazine in the US, as well as having been published closer to home in the Jewish Tribune and Hamodia.