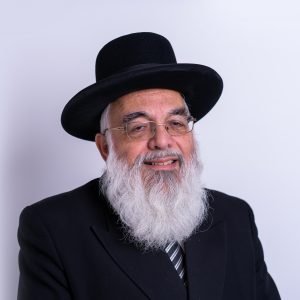 Dutch-born, Dayan Moshe Dovid Elzas has sat on the Federation Beis Din since the early 1990s, having been appointed as Director of KF Kosher, its kashrus operation, in 1989. Dayan Elzas learned in yeshivos in Eretz Yisroel and also sat on the Manchester Beis Din on an ad hoc basis.