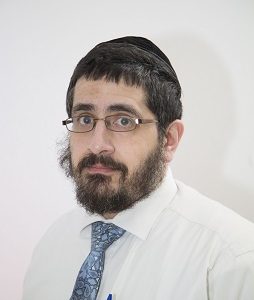 Rabbi Natan Asmoucha received semicha from Midrash Sephardi in the summer of 2003. He grew up in a Sephardi kehilah. His father alav hashalom was from Iraq; his mother is Ashkenazi, from Wales. In addition to his work at Croydon Synagogue, during the weekdays Rabbi Asmoucha is also involved in hospital chaplaincy acting as a Jewish Chaplain for the NHS (National Health Service) in several South London hospitals.