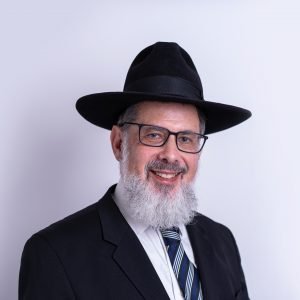 Rabbi Lawrence Littlestone was educated at Carmel College and Hasmonean Grammar School. He has a degree in Political Science and Law from City of London University and undertook postgraduate research in political science at LSE. He learned at yeshivas in Israel and gained semicha from Rabbi Zalman Nechemiah Goldberg z”l.

He was involved in the Soviet Jewry campaign for 20 years and became Executive Director of the National Council for Soviet Jewry. After the collapse of the Soviet Union he was invited by Federation treasurer, Ralph Josephs z”l, to join the Federation as registrar of the Beis Din. Rabbi Littlestone has taught and lectured widely, including a decade at the JLE in London, the Darkei Noam special education department at Menorah Boys School & Tiferes High School for Girls.

Rabbi Littlestone rejoined the Federation in 2018 to assume responsibility for the Burial Society.