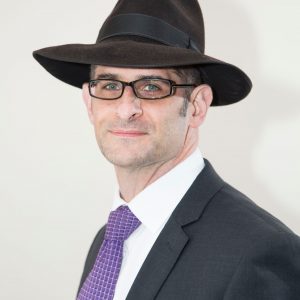 Rabbi Dovid Hodges grew up in Denver, Colorado in the United States.  After receiving his BA in Political Science from Colorado State University he attended Yeshiva in Israel for six years.  He completed Ohr Lagolah and received Semicha from R’Zalman Nechemya Goldberg in 2001.  He has 16 years pastoral, communal, teaching and management experience working for organisations such as the National Jewish Chaplaincy as the Yorkshire and Humberside Chaplain, Jewish Arizonans on Campus and JFS.  Rabbi Hodges joined the Federation as Head of the Burial Society in 2017.