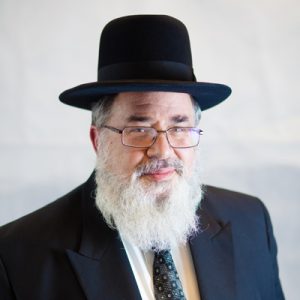 Dayan Yisroel Yaakov Lichtenstein is the Rosh Beis Din of the Federation of Synagogues.

Dayan Lichtenstein grew up in Boston and learnt at several yeshivos in the USA and is a talmid of R’Moshe Halberstam z”tl and R’Lazer Yehuda Waldenberg z”tl.  Dayan Lichtenstein spent 14 years, until the age of 34, learning and teaching in Eretz Yisrael, before taking up the appointment in London in 1988. He has been involved in numerous interesting cases at the Federation, including assisting with difficult cases of gittin. He is also an expert in kashrus, shechita and mikvaos.